The history of walnut

The history of walnut is very ancient, in fact species related to the walnut plant have been traced back to finds of the Miocene (23-5 million years ago), both in soils of the Quaternary era (started just 2.5 million years ago) when man made his appearance on earth. Scholars agree that either China or the Himalayan massif is its area of origin, from which the plant would then pass first to Persia and then to Greece, Italy and other countries of the Roman Empire as a result of the conquests of these peoples.

Also in the Bible (Song of Songs) we speak of walnut, while Virgil and Ovid spoke about it already at the time of the kings of Rome: among this people nuts were used in wedding processions by the newlyweds. Nuts have been found charred in the excavations of Pompeii and Herculaneum.

Some legends tell that terrible witches gathered at a conference (the night of St. John) under the famous walnut of Benevento, making the shade of this plant harmful to both men (causing headaches and fever) and animals, stopped to cool off or sleep. Even today in the night of St. John we collect green nuts that are then used in the preparation of the Nocino.

The botanical classification of walnut frames it as the juglandacee family, genus Juglans (name that seems to derive from the Latin Jovis glans, i.e. jupiter's acorn), juglans regia (common walnut), although other species such as J. Nigra (black walnut or San Cristoforo), J. Cinerea (American walnut or gray), J. Sieboldiana (Japanese walnut) and many other other species belong to it. : the most widespread and known is, however, the common walnut.

The walnut plant was introduced to Europe between the 7th and 5th centuries BC, and to.C the Americas in the 17th century by English settlers. Wild walnut forests are found in Uzbekistan and Kyrgyzstan.

The natural cycle of Lara walnut

Fruit nut (Lara), like all plants, has its own natural life cycle. From the moment of its planting, it takes at least 5-6 years before you can harvest the first edible fruits. During these first years of growth, the plant is pruned manually, by the expert hands of farmers.

The natural cycle develops through the following phases:

That ends in early April. 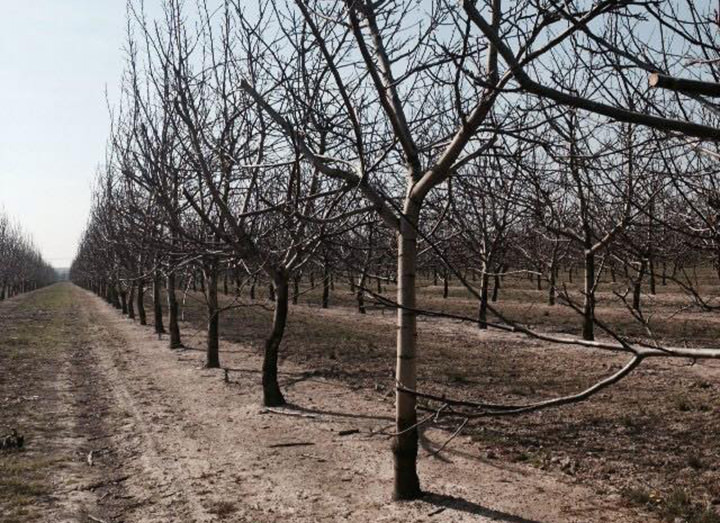 The gems begin to hatch from the beginning of April and continue until the end of the month. 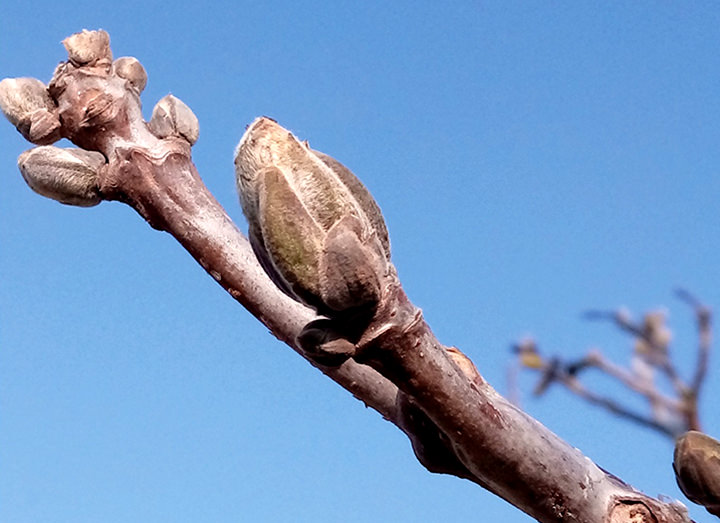 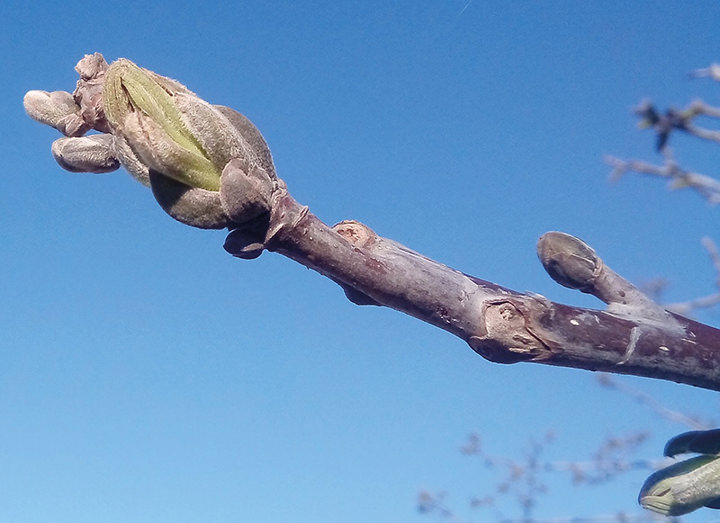 That can be admired after budding with green and long male flowers (called catkins), and female flowers, small, of inconspicuous orange color, typical of the plant. 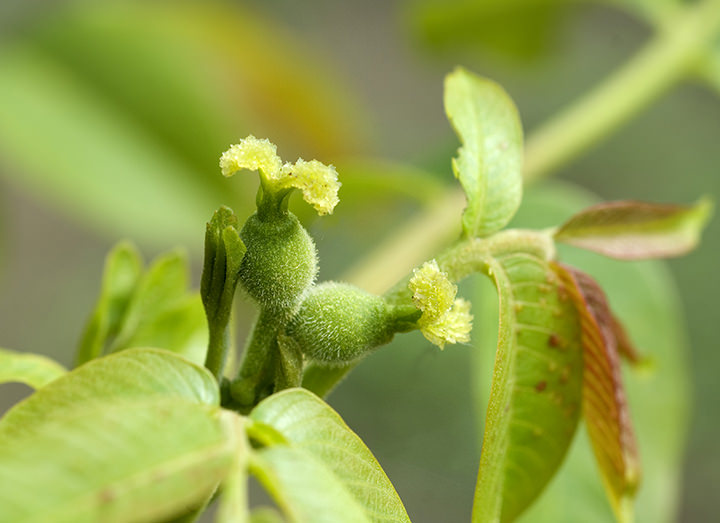 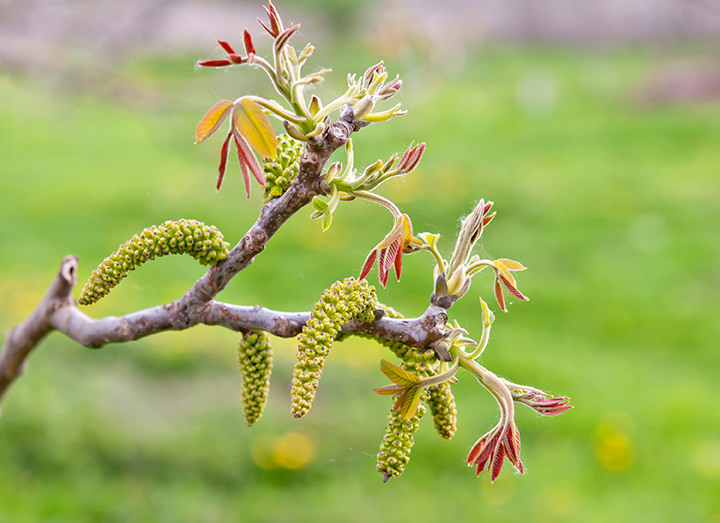 Pollen is carried by the wind that can take it several tens of meters away (anemophilous pollination). 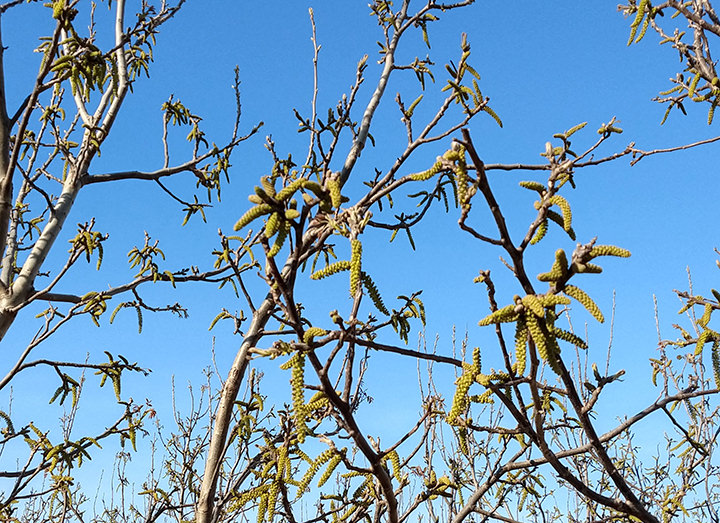 The initial stage of fruit development after flowering is the most important moment for the success of the harvest. It is at this time of late May that the walnut husk is being formed. 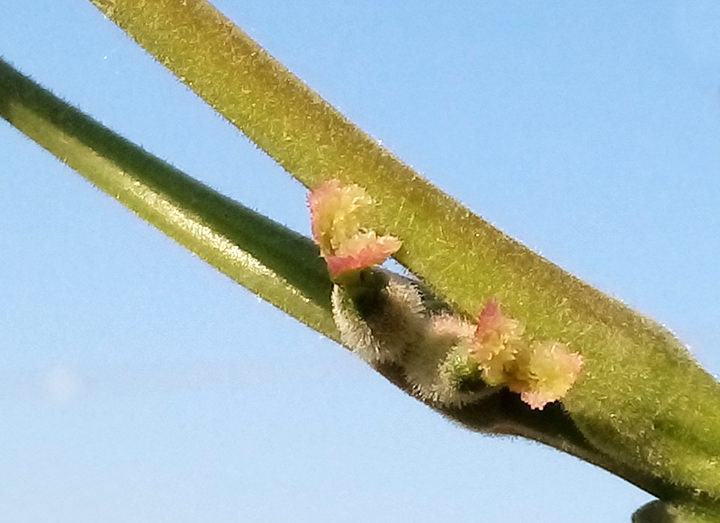 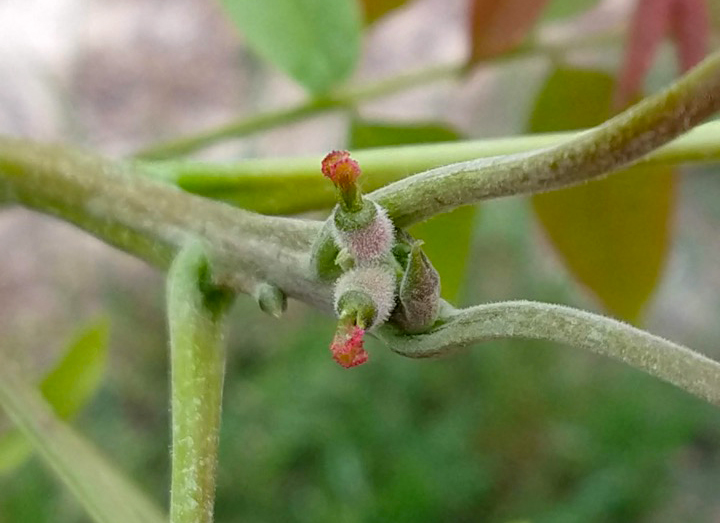 Enlargement of the fruit

When the shell, the woody zest that is under the husk, grows to become of definitive size. This phase lasts until the end of June. 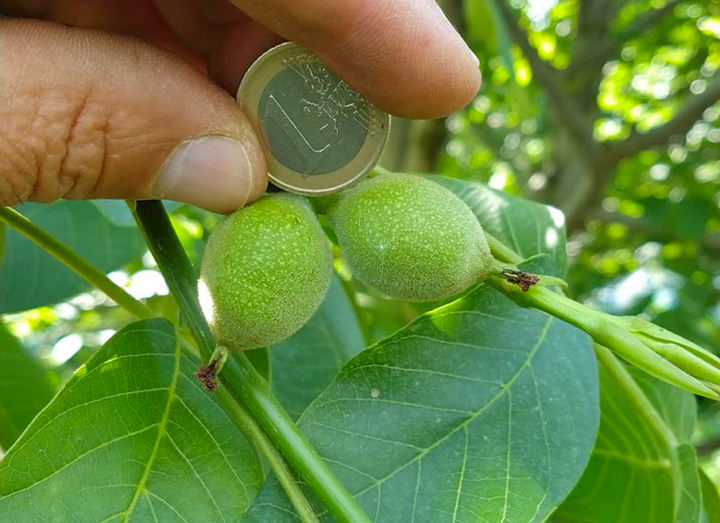 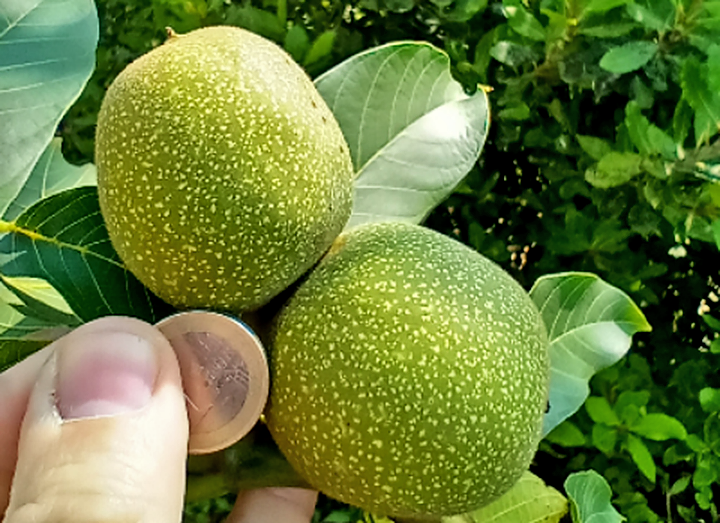 At this stage, the shell fills with the actual walnut, the kernel, which will continue its formation until mid-September. 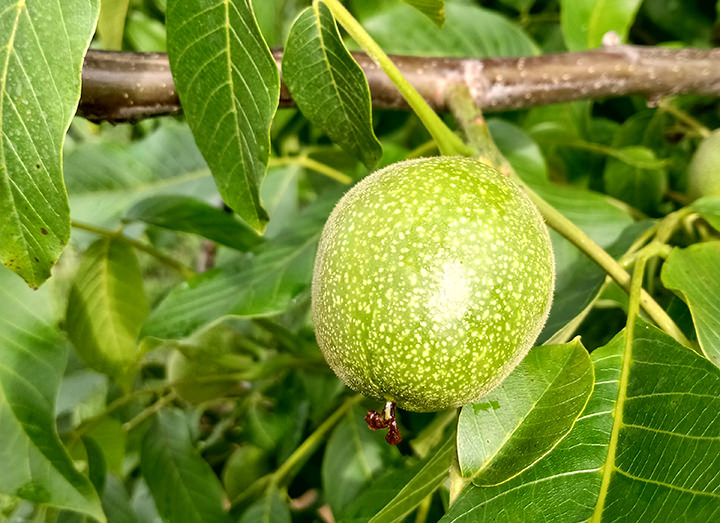 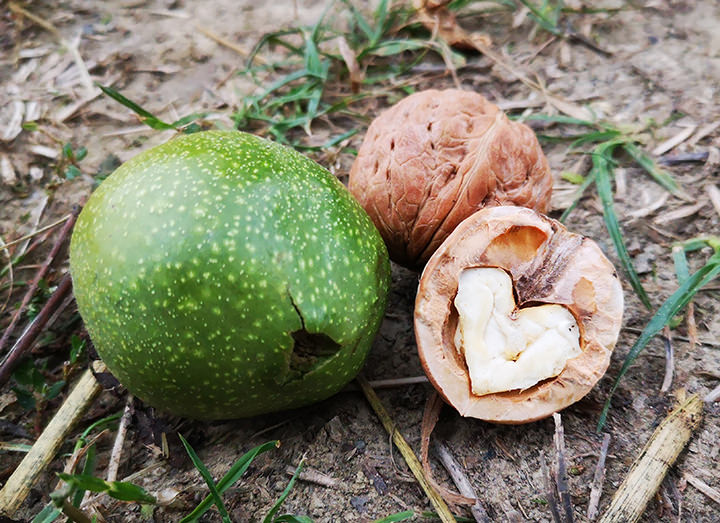 In the autumn period. 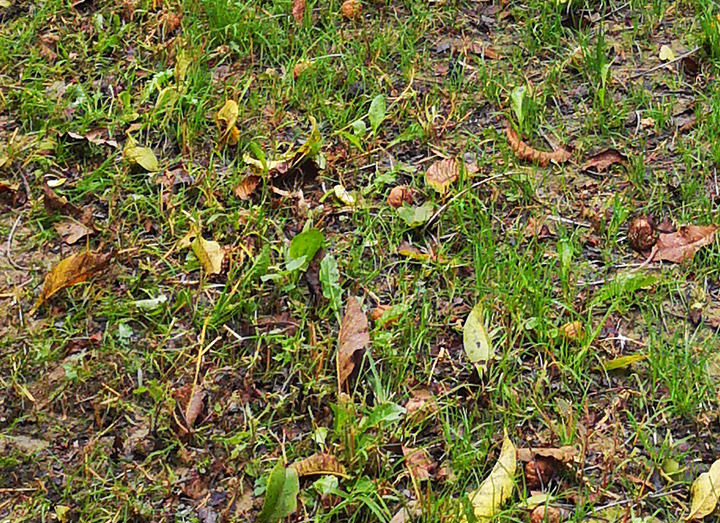 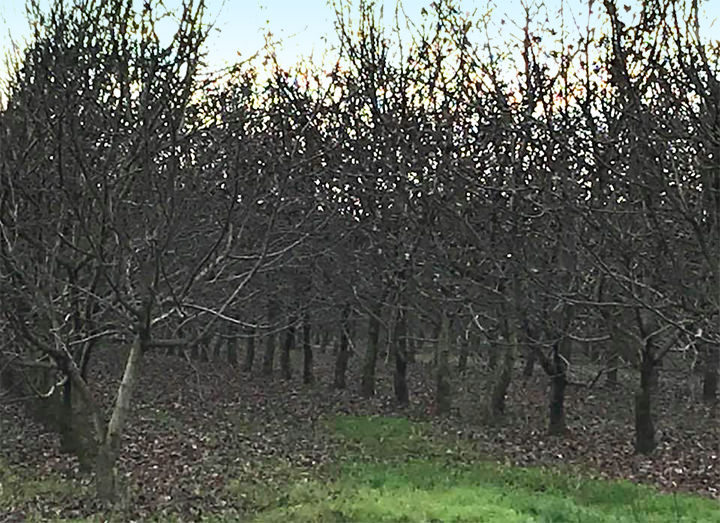 From the beginning of December to April. It is in this period that the plant is pruned: manually for young plants, which have not yet borne fruit, mechanically instead for all adult plants. 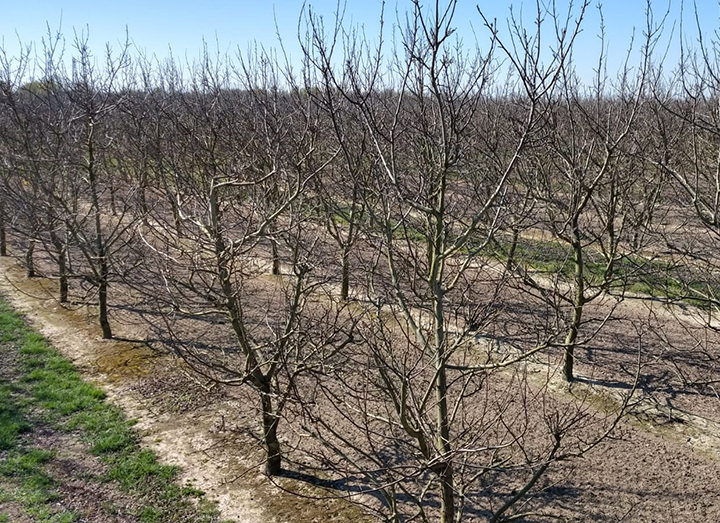 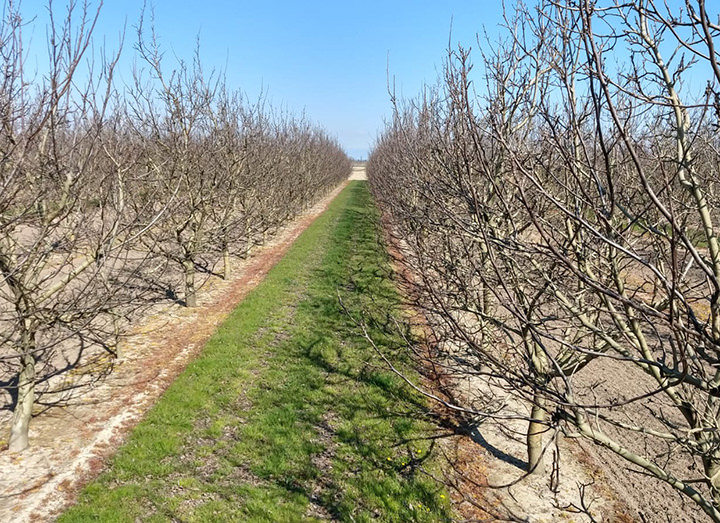